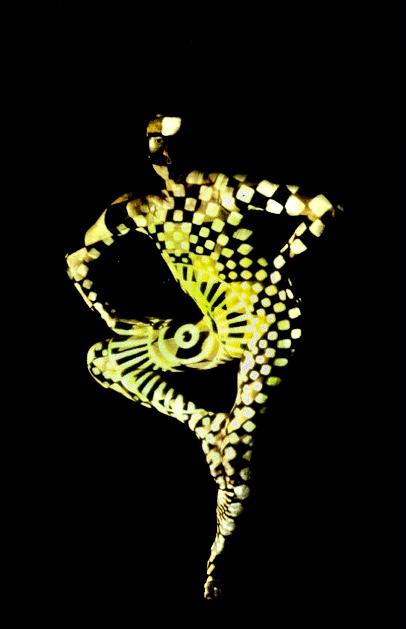 The Nikolais / Louis Foundation for Dance
The body as an instrument

In an oversimplified way we can say that usually a performing art comprises three components: 1. the medium, 2. the instrument, 3. the message. First it is essential to establish some precise definitions as to what is the instrument, what is the medium and wherein rests the message? In dance there are confusions and also irrational concepts about all three of these factors. In music, these three components are more precisely understood. The piano is the instrument, the sound emanating from the piano is the medium and the message is the nature of the sound structure caused to happen by the aesthetic manipulation by the performing artist. In dance the one great difference and certainly the most complex one is that the instrument and the artist are one and the same. The task here is to distinguish the boundaries and domains of each. The human body as an instrument is an endless complex array of bones, muscles, tendons, nerves, and sensory organs.as well as a morass of other biological material. All of these have communication to the brain which forms the center of the nervous system and the seat of consciousness and volition.

In trying to bring about a change in technical and aesthetic practice of dance we must deliberately set up guards at the gates of the brain to admit into its comprehension only those sensations which promote the understanding of motion. The brain has enormous powers of selection and rejection. In addition it can diminish some avenues of receptivity as well as over point up others. It also stores habits of behaviorism which intrude inadvertently upon a motional event. Consequently this confuses kinetic definition by loading unwanted debris into the motional path.

Much of the teaching process is the clarification of motivation and its motional result.